“Climate modeling” is often associated with climate scientist Michael Mann’s famous “hockey stick graph,” a widely cited chart depicting a dramatic spike in Earth’s global temperature during the 20th century, or with the hotly debated forecasts of the 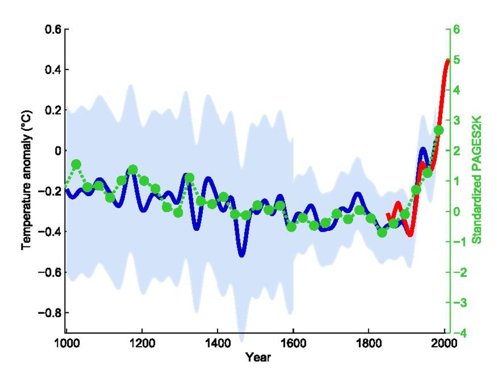 United Nations’ Intergovernmental Panel on Climate Change (IPCC). Such a characterization, however, is too narrow. Climate modeling isn’t just used to build far-reaching arguments for broad emissions reduction commitments: in many cases, it can effectively inform how community decision-makers plan for emergencies.

In the “How to Incorporate Climate Uncertainty into Policy Frameworks” panel at Yale’s 2017 New Directions in Environmental Law conference, environmental policy analysts closely examined the strategic possibilities for climate modeling, particularly within coastal communities facing increased risks of natural disaster. Beginning with a high-level view of climate modeling throughout history and then drilling down into specific implications, the conversation ultimately turned to practical ways that local policymakers can incorporate climate modeling into their urban planning decisions.

Bradfield Lyon, associate research professor at the University of Maine’s Climate Change Institute, began by tracing the intellectual heritage of climate modeling from the ice age theories of Louis Agassiz and Milutin Milanković all the way to the IPCC’s global analyses. Over time, these massive-scale models have converged toward a set of shared presuppositions about the climate’s sensitivity. While the scientific consensus suggests that the earth’s temperature is likely to rise between 1.5°C-4.5°C if atmospheric CO2 doubles, Lyon explained, this statistical figure must be understood in light of its “long tail” of outlier estimates predicting very high temperature rises. As a result, policymakers ought not to rely on binary thinking (“is this a problem or not?”) but rather on probabilistic thinking (“what are the likely risks associated with action or inaction?”).

Building on this conceptual foundation, Kimberley Rain Miner, a National Science Foundation Fellow at the University of Maine’s Climate Change Institute, argued that cities ought to seriously rethink the way they engage in emergency planning. Given that Hurricane Sandy flooding patterns in New York were far more severe than anticipated, municipalities should incorporate “worst-case-scenario” planning into their risk assessments. Human lives depend on such careful analysis: as just one example, Miner pointed out that the Hurricane Sandy flooding brought to light New York’s striking lack of wheelchair-accessible storm shelters in lower and central Manhattan. Moreover, Miner observed, even cities with extensive emergency infrastructures have frequently failed to maintain them: in the event of a crisis situation, decision-makers may have no idea how to use the public safety resources available. Accordingly, cities already possessing such resources must institutionalize habits of emergency scenario planning and system-wide testing.

Alex Felson, associate professor at the Yale School of Forestry and Environmental Studies and the Yale School of Architecture, was more sanguine about municipalities’ capacity to manage risk. Felson discussed how existing hurricane surge models deployed in Connecticut cities have successfully identified areas of particular flooding risk, which helps urban planners design transit corridors to facilitate potential coastal evacuations. And as a preemptive rejoinder to potential critics of overreliance on climate modeling, Felson explained that any top-down modeling must be bolstered by bottom-up analysis of local conditions. There are simply too many factors in play, including the property rights of shorefront landowners, for climate modeling to underpin a standardized approach to emergency planning. In an ideal world, Felson suggested, environmental policy analysts would map out emergency response plans onto local geography and then economically innovate around that model. Given the constraints posed by existing urban dynamics, however, trends toward increased urbanization and large-scale flooding are probably on a collision course.

Perhaps the panelists’ most powerful collective insight for policymakers is that applied climate modeling ought to involve much more than giant-scale assessments of world temperature fluctuation: it should be foundational to risk management plans in coastal communities (and elsewhere). Additionally, as Felson made clear, when communicating the unfolding implications of climate change, small-scale visualizations of impact can go far towards building stakeholder consensus. “Climate change” is an abstracted problem; “the nearby beachfront area will flood during the next hurricane” is a far more concrete and tangible reality.

Traditional American principles of federalism have ceded much discretion to states in addressing crises within their own borders, and an emphasis on municipal crisis management is an extension of this principle of subsidiarity. A 2008 article in the Arizona Law Review argued against such “climate federalism,” claiming that “basic concepts of territoriality that underlie much of our federalism jurisprudence are being slowly washed away.” A 2012 Resources for the Future whitepaper, however, recognized the need to involve sublevels of government in the climate policymaking process, observing that “price signals may not be clearly transmitted to regulators and investors involved in land-use and infrastructure planning at the local level.” Indeed, at one point Felson even commented that regulatory constraints can themselves serve as barriers to successful municipal risk management strategies: one-size-fits-all approaches are not always best suited to local challenges. Echoing this idea, the ever-pragmatic Brookings Institution noted the usefulness of “state, local, and regional innovation at a time when Washington seems less and less capable of anything of consequence.” In a political season where the federal government appears less invested in environmental policymaking, such innovation can play a key role in achieving small-scale successes.

National-level environmental interventions are intrinsically precarious, subject to dismantling or reinvigoration as political parties cycle through power. Given the persistent instability of this dynamic, smaller-scale approaches to environmental policymaking offer a promising means of establishing long-term risk reduction practices, and are far more sensitive to the unfolding needs of particular communities. Localities’ emergency management plans should encompass the full spectrum of potential risks, including those arising from climate change. Probabilistic climate modeling, of the sort envisioned by Miner and Felson, ought to play a significant role in any such policymaking. In the face of “worst case scenarios” with the potential to devastate cities and communities across the nation, building strategic resilience is more important than ever before.

Event Association:
2017 Conference
‹ Addressing Challenges to Accountability and Transparency in the Global Assessment of International Agreements up Renewable Energy as Military Strategy ›