The State Coalitions for Climate Action Panel at the 2020 NDEL Conference will highlight how states have been working in in the absence of, and against, federal directive. Commissioner Suuberg of the Massachusetts Department of Environmental Protection will discuss the Regional Greenhouse Gas Initiative. Professor Richard Revesz from the NYU School of Law will discuss the legal issues surrounding the California waiver. Dennis McLerran, former EPA Regional Administrator and Executive Director of the Puget Sound Clean Air Agency, will discuss the award-winning Northwest Ports Clean Air Strategy. 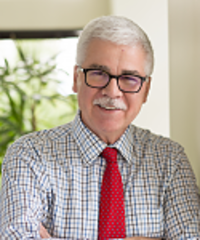 Dennis McLerran served as Regional Administrator for EPA Region 10 between 2010 and early 2017 and as Executive Director of the Puget Sound Clean Air Agency between 1994 and 2010. He served as President of the National Association of Clean Air Agencies (NACAA) and also served for many years as a board member and co-chair of the Mobile Sources and Fuels Committee. At EPA Dennis led the agency’s Green Ports and Vessels Initiative (GPVI). The GPVI is a collaboration to reduce air pollution and climate emissions from vessels and port operations along the US coasts and China. While at the Puget Sound Clean Air Agency, Dennis conceived of and led the establishment of the Northwest Ports Clean Air Strategy. This effort is a collaboration between the Ports of Seattle, Tacoma and Vancouver, British Columbia and the air and climate regulatory agencies. The initiative develops strategies to reduce air and climate pollution from the three largest container ports operating in the Pacific Northwest and Canada. Dennis is now an attorney with Cascadia Law Group PLLC (Seattle, Washington). Practice focusing on environmental, climate change, land use, treaty rights and regional regulatory issues. 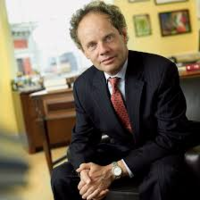 Richard Revesz is one of the nation’s leading voices in the fields of environmental and regulatory law and policy. His work focuses on the use of cost-benefit analysis in administrative regulation, federalism and environmental regulation, design of liability regimes for environmental protection, and positive political economy analysis of environmental regulation. His book Retaking Rationality: How Cost-Benefit Analysis Can Better Protect the Environment and Our Health (with Michael Livermore ’06, 2008) contends that the economic analysis of law can be used to support a more protective approach to environmental and health policy. In 2008, Revesz co-founded the Institute for Policy Integrity at NYU School of Law to advocate for regulatory reform before courts, legislatures, and agencies, and to contribute original scholarly research in the environmental and health-and-safety areas. Revesz received a BS summa cum laude from Princeton University, an MS in civil engineering from MIT, and a JD from Yale Law School, where he was editor-in-chief of the Yale Law Journal. After judicial clerkships with Chief Judge Wilfred Feinberg of the US Court of Appeals for the Second Circuit and Justice Thurgood Marshall of the US Supreme Court, Revesz joined the NYU School of Law faculty in 1985 and served as dean from 2002 to 2013. Revesz is the director of the American Law Institute, the leading independent organization in the United States producing scholarly work to clarify, modernize, and otherwise improve the law. He is a fellow of the American Academy of Arts and Sciences and a member of the Council on Foreign Relations, and a senior fellow of the Administrative Conference of the United States. 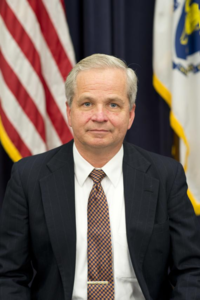 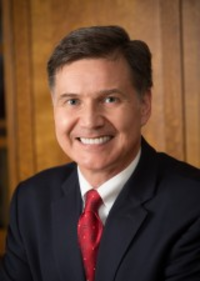 Dan Esty is the Hillhouse Professor at Yale University with primary appointments in the Yale Environment School and the Law School and a secondary appointment at the Yale School of Management. He also serves as Director of the Yale Center for Environmental Law and Policy (www.yale.edu/envirocenter) and on the advisory board of the Yale Center for Business and the Environment, which he founded in 2006. Professor Esty is the author or editor of twelve books (including the prizewinning guide to corporate sustainability, Green to Gold) and dozens of articles on environmental and energy policy – and their connections to regulatory policy, corporate strategy, sustainability performance measurement, competitiveness, trade, and economic success. His recent (edited) volume, A Better Planet: 40 Big Ideas for a Sustainable Future, was named a top book of 2019 by The Financial Times. From 1989-93, Professor Esty served in a number of senior positions in the U.S. Environmental Protection Agency. During this time, he led EPA’s regulatory review process and helped to negotiate the 1992 Framework Convention on Climate Change. From 2011-14, he returned to government service as Commissioner of Connecticut’s Department of Energy and Environmental Protection. In this role, he led efforts to draft Connecticut’s first energy strategy, launch a Green Bank to promote clean energy, and restructure the state’s regulatory programs. Known for his innovative work at the business-sustainability interface, Professor Esty has also provided strategy advice to companies, governments, international organizations, NGOs, and foundations around the world.

‹ Energy and Just Transition up Climate and Sustainable Food and Agriculture ›