The Labor and Climate Organizing Panel will challenge the narrative that environmental justice is inherently in tension with working class interests. Communities vulnerable to both environmental destruction and industrial transitions toward green technology are key sites for the development of grassroots coalitions between movements for labor and climate justice. At this session, we will hear from organizers and elected officials involved in these localized efforts: Michelle Martinez of the Michigan Environmental Justice Coalition, Nayyirah Sharif of Flint Rising, and Michigan State Rep Pohutsky of Michigan. The lessons and thoughts they share will drive a group discussion about power-mapping in our own communities in order to build coalitional platforms that simultaneously address the emergencies of climate change and economic inequity. This session will examine state and local-level activism in Michigan in order to imagine a future of labor-climate justice dialogue more broadly and draw attention to the industrial impacts of green technology in the Midwest. 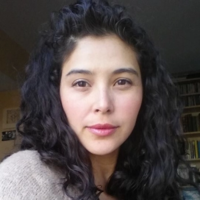 Michelle Martinez is a Latinx-Mestiza environmental justice activist, writer, and mother born in, living and working in SW Detroit. Since 2006, she has worked in local communities of color to build power to halt climate change, and the detrimental effects of pollution in post-industrial Detroit. Working across issues of race, gender, and nationality, she has built and led coalitions using art / media, land-based programming, popular education, voter engagement, and corporate accountability tactics to shape policy solutions against environmental racism. Currently, she is the Executive Director of Third Horizon Consulting, which strives to empower people to make collective decisions strategically for more sustainable and equitable social change. She has a MS from the University of Michigan School of Nature Resources and Environment [2008], and BA in English Literature, also from UM [2003]. In 2017, completed a fellowship with Detroit Equity Action Lab [DEAL] at Wayne State University Law School’s Damon J. Keith Center for Civil Rights and her Certificate in Diversity Leadership from Michigan State University Julian Samora Research Institute. In her everyday life she cares for her home, and family, as a gardener, mother, and artist. 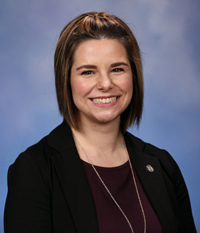 State Rep. Laurie Pohutsky is serving her first term representing 19th House District, which encompasses the majority of the city of Livonia. She is a long-time activist and volunteer, and spent time as a crisis hotline volunteer and a caregiver at Angela Hospice. Pohutsky graduated from Michigan State University with a degree in microbiology. While a student at MSU, she took part in community outreach activities and protests at the Capitol. These experiences instilled a deep interest in politics and demonstrated the importance of ensuring everyone has a voice in government. After college, Pohutsky worked in the fields of food safety, toxicology and health care. She brings this knowledge, along with her experience in water quality testing, with her to the Michigan House of Representatives. She has a deep commitment to bringing a scientific perspective to government and advocating for environmental causes. Pohutsky is a member of the Livonia Democratic Club and is active in Michigan United. She lives in Livonia with her rescue pets. 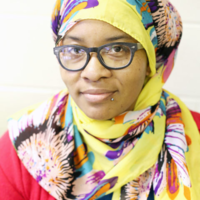 Nayyirah Shariff is a grassroots organizer based in Flint, Michigan. Nayyirah was one of the co-founders of the Flint Democracy Defense League, a grassroots group formed to confront Flint’s emergency manager in 2011. She has nearly ten years experience organizing around local, state, and national electoral and issue campaigns. She has been featured on Democracy Now!, Move to Amend podcast, Al-Jazeera and Netroots Nation speaking out about the problems with Flint’s water and with Michigan’s Emergency Management of local governments. She is currently the Director of Flint Rising, a coalition of Flint residents and community groups, labor, and progressive allies that formed in response to Flint’s emergency declaration. 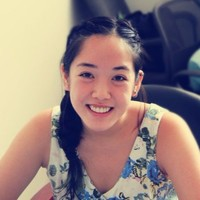 Angie Liao Summa cum laude graduate of New York University’s Gallatin School of Individualized Study. I concentrated in Human Rights Law & Human Expression, and completed a minor in Social and Cultural Analysis through the College of Arts and Sciences. I have international experience doing community outreach and legal and policy research at institutions dedicated to rights advocacy and the administration of law and justice. My working experience is primarily within research, programs, and communications. I am most interested in pursuing career opportunities related to human rights, law, and international affairs. I plan on attending law school. I am an NYU Gallatin Global Human Rights Fellow, Americas Scholar, Global Pathways Scholar, President’s Service Award recipient; Humanity in Action Senior Fellow; and have presented research on human rights at conferences around the world.

‹ Climate and Sustainable Food and Agriculture up Climate Change Litigation ›