This panel brings together experts from the nonprofit, government, academic, and private sectors to discuss paths to a just transition. Such a transition would not only rid our energy system of fossil fuels, but also ensure that energy remains accessible and affordable to the most vulnerable members of our society along the way. Speakers include Judith Judson, Vice President of Distributed Energy Systems at Ameresco and former Commissioner of the Massachusetts Department of Energy Resources and Massachusetts Public Utilities Commission; Darren Springer, current Chief of Burlington Electric Department, former Chief of Staff to Governor Shumlin, and former Senior Policy Advisor for Energy & Environment and General Counsel to Bernie Sanders; and Jill Tauber, Vice President of Litigation for Climate & Energy at Earthjustice. The panel will be moderated by Narasimha Rao, Assistant Professor of Energy Systems at the Yale School of Forestry and Environmental Studies. 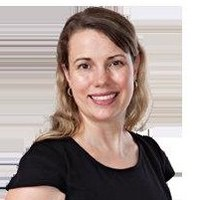 Judith Judson is Vice President – Distributed Energy Systems. Founded in 2000, Ameresco is a leading independent provider of comprehensive services, energy efficiency, infrastructure upgrades, asset sustainability and renewable energy solutions for businesses and organizations throughout North America and Europe. Prior to her role at MassDOER, she served as Director of Emerging Technologies at Customized Energy Solutions Ltd., a Philadelphia-based company offering energy market operations platforms and services. She also spent several years at Beacon Power Corporation in Tyngsboro, Massachusetts, where she managed the company’s project development and operations team as Vice President of Asset Management and Market Development. In conjunction with Judson’s role as DOER Commissioner, she chairs the Massachusetts Energy Efficiency Advisory Council, serves on the Massachusetts Clean Energy Center Board and represents Massachusetts on the Boards of the Regional Greenhouse Gas Initiative Inc. and National Association of State Energy Officials. She holds an M.B.A. from Harvard Business School and a bachelor’s degree in mechanical engineering from Kettering University. 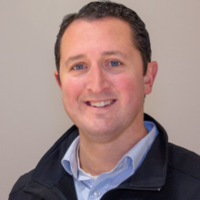 Darren Springer was appointed and confirmed as General Manager in October 2018. Formerly, Darren served as Burlington Electric Department’s Chief Operating Officer and led the Center for Innovation team which includes the Policy & Planning, Finance, Information Technology and Energy Services divisions. Prior to joining BED, Darren served as Chief of Staff for the Office of Governor Peter Shumlin. Before working in the Governor’s Office, Darren was appointed as Deputy Commissioner at the Vermont Public Service Department, leading the advancement of the 2014 net metering law and 2015 renewable energy standard. Previously, Darren worked for 4 years in the Washington, D.C. Office of U.S. Senator Bernard Sanders as Senior Policy Advisor for Energy & Environment, and later as Chief Counsel. He has also worked for the National Governors Association as Program Director for Energy and Transportation. Darren has a B.A. from Florida Atlantic University and earned a J.D. and Master of Studies in Environmental Law from Vermont Law School. While at Vermont Law School, he was selected as Managing Editor of the Vermont Law Review, and clerked for U.S. Senator Patrick Leahy on the Senate Judiciary Committee. He is a member of the Vermont Bar, Virginia Bar, and Florida Bar. Darren has also served as a Policy Fellow on Climate Change and Renewable Energy at the University of Vermont Center for Research on Vermont, and in that capacity published a law journal article on the future of utility regulation in the William & Mary Environmental Law and Policy Review. 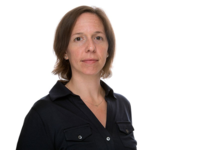 Jill Tauber is the Vice President of Litigation for Climate & Energy at Earthjustice. Based in Washington, D.C., Jill leads the organization’s litigation and legal advocacy to achieve a swift and equitable shift from fossil fuels to 100% clean energy, and to curb the devastating effects of climate change.

Before stepping into her current role, Jill was the first Managing Attorney of Earthjustice’s Clean Energy Program, which works to advance clean energy solutions across the country and ensure everyone benefits from a thriving clean energy economy. Jill has litigating numerous cases in public utility commissions across the country and in state and federal court, securing key victories to compel clean energy investment and supportive policy reform. Prior to joining Earthjustice in August 2013, Jill was a senior attorney at Southern Environmental Law Center where she led the organization’s energy efficiency practice across the Southeast. Jill completed a Skadden Fellowship at Advancement Project, a national civil rights organization, and served as a clerk to the Honorable Richard A. Paez, United States Court of Appeals for the Ninth Circuit. Jill received her B.S. from Cornell University and her law degree from Harvard Law School, where she graduated cum laude. 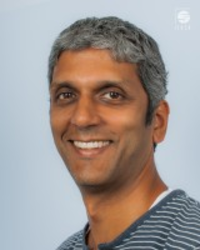 Dr. Narasimha D. Rao’s research examines the relationship between energy systems, human development and climate change. He is the recipient of the European Research Council (ERC) Starting Grant (2015-2019) for a project entitled Decent Living Energy -energy and emissions thresholds for providing decent living standards for all. His research interests also include investigating income inequality, infrastructure, and climate policy. His methods include household energy modeling, econometrics, input-output, and policy analysis. Dr. Rao is also a Senior Research Scholar at the International Institute for Applied Systems Analysis and an Adjunct Fellow at the Ashoka Trust for Research in Ecology and Environment in Bangalore, India.