This panel will explore the ways that sub-national governments and the private sector are preparing for climate change-induced threats along our coastline. Katie Spidalieri will discuss tools and strategies for coastal adaptation, Grover Fugate will speak about Rhode Island’s efforts to understand and prepare for coastal threats, and Brad Howe will present New York’s Living Breakwaters project, and ambitious endeavor to enhance the physical, social, and ecological resilience of the coastline. The panel will be moderated by Shimon Anisfeld, a professor at the Yale School of Forestry & Environmental Studies. 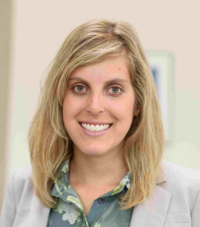 Katie Spidalieri, a Senior Associate at the Georgetown Climate Center, provides legal and policy analysis on adaptation projects at the federal, state, and local levels. Her work focuses on adaptation in the coastal sector, including evaluating land use and other tools and strategies, such as managed retreat, to adapt to rising seas and flooding. Prior to joining the Climate Center, Katie worked for the National Oceanic and Atmospheric Administration and state environmental agencies in Maryland and North Carolina in permitting, environmental compliance, offshore energy and infrastructure development, land use, and community engagement and outreach in the place-based management of national marine sanctuaries and marine national monuments. Katie graduated magna cum laude with a J.D. from Cleveland-Marshall College of Law and the University of Virginia where she received two degrees, with distinction, in history and an interdisciplinary Environmental Thought and Practice Program. Katie is currently pursuing her Masters of Law in Environmental and Energy Law at Georgetown University Law Center. 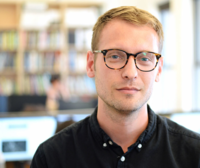 Brad Howe is a Senior Associate at SCAPE and leads design efforts for a number of large-scale waterfront and resilience planning projects. Currently, he is the Project Manager for the Hudson Highlands Fjord Trail in Beacon, New York and 2nd Street Park in Perth Amboy, NJ. He has also been the Lead Designer for SCAPE’s resilience planning in Boston and the Deputy Project Manager for the Design and Implementation phase of Living Breakwaters. Brad’s work focuses on creating ecologically vibrant waterfronts and public spaces, working from large-scale planning to detailed design. In addition to his role in design and project management, he has also helped drive community and stakeholder engagement processes related to these projects. Brad joined SCAPE in 2015. He earned his Masters of Landscape Architecture from the Harvard Graduate School of Design in 2015 and B.S. in Design with Distinction from the University of Nebraska-Lincoln in 2012. 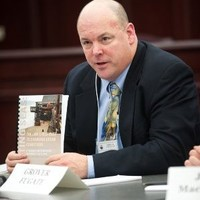 Grover Fugate has been responsible for overseeing Rhode Island’s development of coastal policies and programs for over 30 years. He currently serves as Executive Director of the Rhode Island Coastal Resources Management Council, an independent state agency responsible for managing the state’s coastal areas. In this role, he plays a central role in helping the state understand and prepare for climate change. In addition to his duties as Executive Director, Grover served as Rhode Island’s co-lead on the Northeast Regional Planning Body, where he helped develop the nation’s first regional ocean. Grover has authored academic journal articles on coastal and natural resources management issues, and he is the recipient of numerous awards, including the prestigious 2017 Peter Benchley Ocean Award for ‘Excellence in Solutions.’ He is also an adjunct faculty member at the University of Rhode Island and a guest lecturer at Roger Williams University Law School on Coastal and Marine Law. 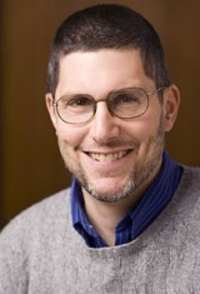 Shimon Anisfeld is a Senior Lecturer and Research Scientist at the Yale School of Forestry & Environmental Studies, where he specializes in coastal ecosystems and water management. The former is reflected in his field research, which focuses on the impact of sea-level rise and other stressors on salt marshes. He is particularly interested in how sea-level rise and coastal storms drive the migration of marshes into adjoining uplands, such as woodlands or lawns, and how managers can facilitate and plan for future marsh migration. Shimon’s interest in water management is expressed in his teaching and writing, including his book Water Resources (Island Press, 2010), which he is currently revising for a planned second edition. Besides his water management courses, Shimon also teaches courses in coastal ecology and environmental chemistry, as well as an introductory course in physical sciences for environmental managers.

‹ Cities and Emissions Mitigation up Energy and Just Transition ›