We’re excited to announce the Climate Change Litigation Panel at the 10th Annual New Directions in Environmental Law Conference. We are thrilled to host a conversation with leaders in the field to discuss the challenges and opportunities of recent climate change litigation by localities. Our panelists include Wesley Kelman from Hagens Berman, of counsel on several county and city climate litigation suits; Suzanne Sangree, Senior Counsel for Public Safety & Director of Affirmative Litigation for the City of Baltimore; Hana Vizcarra from Harvard Law School Environmental and Energy Law Program, who focuses on litigation surrounding climate disclosures by oil and gas companies. The panel will be moderated by Joshua Galperin (University of Pittsburgh) who previously directed Yale Law’s Environmental Protection Clinic. 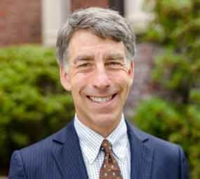 Mr. Kelman also worked at the Environmental Protection Agency, Region 1, Boston, MA as enforcement counsel. He negotiated consent decrees under which private parties performed cleanups and brought enforcement actions against regulated parties. He was employee of the year for the Superfund section of the regional office, and won a “ROD of the Year” EPA national award for papers documenting EPA’s clean-up decision for the Sudbury River in Massachusetts.   At Cleary, Gottlieb, Steen & Hamilton, as Associate, in the wake of Argentina’s financial crisis of 2001, Mr. Kelman was part of a small group of lawyers defending the Republic of Argentina against claims by holders of Argentina’s sovereign debt. 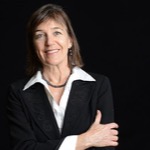 Suzanne Sangree is Senior Public Safety Counsel and Director of Affirmative Litigation for the as well as Chief Solicitor for the Baltimore City Law Department. She is a graduate of Harvard Law (LLM) and City University of New York Law School (founding JD class). She has taught at University of Maryland School of Law and West Virginia University College of Law, and has published several articles on constitutional law topics. Sangree founded the Affirmative Litigation Program in September 2017 to obtain injunctive relief preventing harm to Baltimore, and to obtain money damages to recover for injuries. Suits include: Baltimore’s suit against Monsanto/Baer for the costs of cleaning up PCB’s in Baltimore waterways, and Baltimore’s climate damages suit against 26 oil and gas companies. 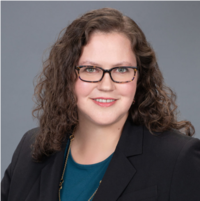 Hana V. Vizcarra is Staff Attorney at Harvard Law School’s Environmental & Energy Law Program where she leads EELP’s portfolio on private sector approaches to climate and environmental issues. One of her current research topics involves the legal issues around the integration of climate-risk into corporate disclosures. Before joining Harvard’s EELP in June 2018, Hana spent over seven years practicing law in the Washington D.C. offices of Beveridge & Diamond and Vinson & Elkins. In private practice she represented clients in complex environmental litigation, counseled on environmental compliance and regulation, and advised on environmental aspects of transactions. Before becoming an attorney, Hana worked for seven years in political research and communications. Hana received her J.D. from Georgetown University Law Center and B.A. from Pomona College in California. 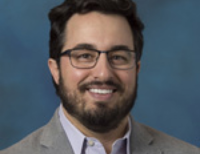 Josh Galperin joined the faculty of the University of Pittsburgh School of Law in 2018. Prior to coming to Pitt Josh was the Director of the Environmental Protection Clinic, Lecturer in Law, and a Research Scholar at Yale Law School. Josh was also a lecturer and the Environmental Law and Policy Program Director at the Yale School of Forestry and Environmental Studies (F&ES). In addition to directing and teaching the Environmental Protection Clinic, Josh directed the dual law-environment degree program between F&ES and Pace, Vermont, and Yale law schools. He was a lead collaborator in the Land Use Collaborative. Josh was also the associate director for the Yale Center for Environmental Law & Policy where he oversaw all operations of the Center including budgeting, fundraising, research, and teaching.