Cities and Emissions Mitigation: from the Paris Agreement to the Green New Deal

This panel brings together experts from the nonprofit, academic, and legal sectors to discuss the recent rise in city commitments to emissions mitigation. Speakers will explore the origins of city action, promising policy interventions, and next steps for building on local, progressive momentum for climate action. Speakers include Doug Sims, Director and Senior Advisor of the Green Finance Center and Resilient Communities, Healthy People, & Thriving Communities Program at NRDC; Caitlin McCoy, Climate, Clean Air, & Energy Fellow for the Environmental & Energy Law Program at Harvard Law School; and Karl-Ludwig Schibel, Senior Fellow at the Climate Alliance. The panel will be moderated by Yale’s own Ken Gillingham, Associate Professor of Economics at the School of Forestry and Environmental Studies and the School of Management. 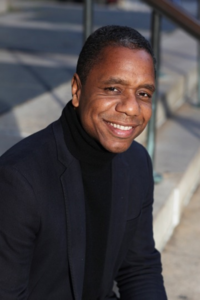 Douglass Sims is Senior Advisor, Green Finance and Director of the Natural Resource Defense Council’s (NRDC) Green Finance Center, where he leads a team that provides analysis, advocacy and thought leadership on innovative financing for low carbon and climate resilient infrastructure. NRDC is a privately funded, non-profit environmental advocacy organization based in New York with offices around the US and in Beijing. Douglass was instrumental in the design and launch of the New York Green Bank in the United States and is a co-founder of global Green Bank Network (www.greenbanknetwork.org), a membership organization whose members include the Clean Energy Finance Corporation (Australia), Connecticut Green Bank, GreenTech Malaysia, Japan Green Finance Organization, NY Green Bank, UK Green Investment Group, and Tata CleanTech (India), among others. Douglass regularly authors papers, presents at conferences and advises jurisdictions around the world on green finance and sustainable infrastructure. He is a member of the Standards Board of the Climate Bonds Initiative and a founding board member of Inclusive Prosperity Capital, a spin out of Connecticut Green Bank. An infrastructure finance lawyer by training, Douglass worked for a decade at Allen & Overy LLP, focusing on energy and infrastructure projects. Douglass holds a law degree from Harvard Law School and bachelors degree from Stanford University. 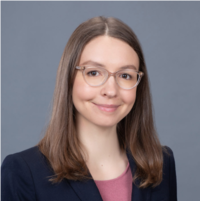 Caitlin McCoy is the Climate, Clean Air, & Energy Fellow for the Environmental & Energy Law Program. Before joining EELP, Caitlin was a Visiting Associate Professor of Law and the Environmental Program Fellow at The George Washington University Law School, where she taught classes on environmental law to undergraduate, graduate, and law students. She previously served as Legal Director of The Center for Coalfield Justice, where she worked on environmental justice, coal mining, and shale gas drilling issues in southwestern Pennsylvania. Caitlin earned her LL.M. in International Environmental Law with highest honors from George Washington Law, her J.D., cum laude, from Washington University School of Law, and her B.A. with highest honors from the University of California, Berkeley.

Karl-Ludwig Schibel has been an activist and writer on climate change, climate justice, and local climate policies for three decades. He holds an MA in sociology from Columbia University and a PhD from Frankfurt University, where he taught social ecology. He served on the board of the city network Climate Alliance from 1990 to 2015, and continues to coordinate Climate Alliance in Italy. He organizes the annual Fair of Practical Utopias in Città di Castello, which showcases ecological solutions for the economy and society. 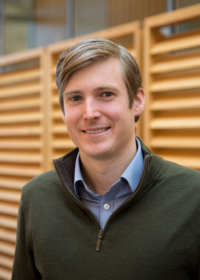 Kenneth Gillingham is an Associate Professor of Economics at Yale University, with appointments in the School of Forestry & Environmental Studies, Department of Economics, and School of Management. In 2015-2016 he served as the Senior Economist for Energy and the Environment at the White House Council of Economic Advisers. He is an energy and environmental economist drawing from the fields of applied microeconomics, industrial organization, and energy modeling. His research examines the adoption of new energy technologies, energy efficiency, quantitative policy and program analysis, and climate change policy. He has published widely on consumer decisions in energy efficiency and renewable energy, as well as on climate and energy policy. Outlets for his work have included Science, Nature, PNAS, American Economic Journal: Economic Policy, Quantitative Economics, Marketing Science, Journal of the Association of Environmental and Resource Economists, Journal of Environmental Economics & Management, and the Energy Journal. His research has been funded by the National Science Foundation, U.S. Department of Energy, U.S. Environmental Protection Agency, and several foundations. Prior to joining Yale, was a Fulbright Fellow in New Zealand and a Fellow for Energy and the Environment at the White House Council of Economic Advisers. Before this, he worked at Resources for the Future and the integrated assessment modeling group at Pacific Northwest National Laboratory. He received a Ph.D. in Management Science & Engineering and Economics, as well as M.S. degrees in Statistics and Management Science & Engineering, from Stanford University. His undergraduate degree was an A.B. in Economics and Environmental Studies from Dartmouth College.